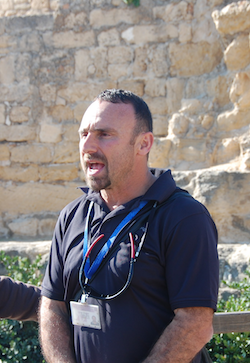 Aharon Levarko grew up in a traditional Jewish home in New Zealand, but is a believer in Jesus our Messiah and has lived for over 30 years in Israel. He works as a tour guide, and sat down to talk about his testimony and life in the Holy Land.

This discussion is hard to outline/bullet-point. Here are some of the highlights.