Gabe Hughes: Christianity and the Culture 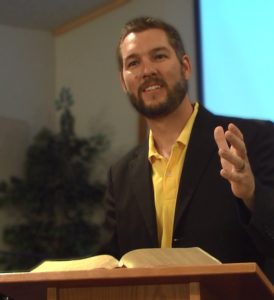 Gabe Hughes, pastor of Junction City First Southern Baptist Church, author, and creator of WWUTT returns for his fourth episode of Echo Zoe Radio. Using a handful of his WWUTT videos as convenient sub-topics, we discuss Christianity and the Culture, or how we should interact with the culture around us with a Biblical mindset.