Dr. Michael Svigel is Department Chair and Professor of Theological Studies at Dallas Theological Seminary. He’s also the author of Urban Legends of Church History: 40 Common Misconceptions. In this episode, we discuss a handful of the urban legends from the book, and get into some interesting aspects of both church history and theology in the process. 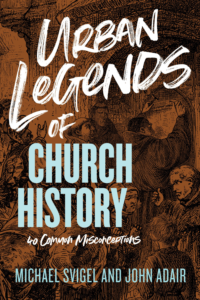