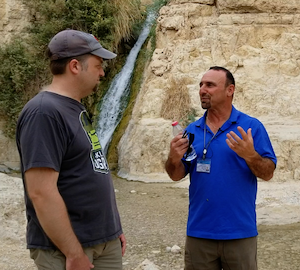 Earlier this month, filming for “The Conquest” (a follow-up to “Jerusalem’s King”) took us to Israel. In between filming, we put together a video tour of about a dozen sites throughout the country. Ryan Habbena guides us through several sites in Jerusalem, and Aharon Levarko joins us mid-trip to guide us around sites outside of Jerusalem.