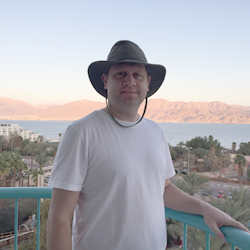 Ryan Habbena returns to talk about the prophetic fulfillment of the Levitical feasts. Most specifically, we get into Yom Kippur, yet to have its ultimate fulfillment in the eschaton.

This discussion is hard to outline/bullet-point. Here are some of the highlights.