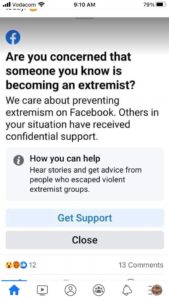 This July 4th episode looks at counter terrorism and is not a pleasant one. The government has put out a new document to explain their strategy for countering what they call domestic terrorism. That sounds good, however, when we see how they define a domestic terrorist and how they plan to deal with it, Christians need to pay attention. This is the new government’s goals to counter terrorism. Andrew and Bud take the time to walk through this strategy and show how it is a tool for Marxism and an attack on Christian in America. This episode is scary for the Christian but hope is provided at the end. It is a detailed plan to silence any who disagree with their Marxist agenda and call them terrorists by identifying them as white supremacists. This strategy ignores true terrorists and attacks patriots. They do not see the riots of the Black Lives Matter (BLM) as terrorism but the Trump rally on January 6th is the focus of terrorism.

The Constitution of the United States

Search on your own “Christianity is white supremacy”

Listen to other podcasts on the Christian Podcast Community

Leave us a review

Give us your feedback, email us [email protected]

Get the book What Do They Believe

Get the book What Do We Believe